Google hopes to solidify Hangouts' positioning as an enterprise product by announcing that the platform will now be split into two components: Hangouts Chat and Hangouts Meet.

Each of the two new services takes charge of one of Hangouts’ key functionalities and dials it up with more features.

Chat, which will be available on web, Android, and iOS, focuses on team messaging and collaboration, which pits it directly against Facebook's Workplace, Microsoft's Teams, and Slack. Like Slack, Chat features Rooms and threaded conversations. The competitive advantage of Chat lies in its parentage, as Google services—Gmail, Google Docs/Sheets/Slides, Drive, Calendar, and Form—are heavily integrated into the platform. For example: if you share a file with a Room, participants get Drive access to it.
In its announcement, Google also noted that Chat will be able to integrate third-party apps from select providers, including Asana, Box, Prosperworks, and Zendesk. 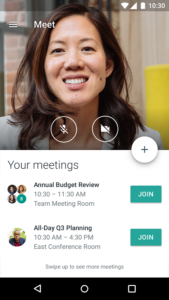 Meet, on the other hand, zeroes in on improving the audio/video conference experience. Notable features include unique dial-in numbers, 30-person conference capabilities, filtered chat and file search, plus the ability to generate a shareable link to allow any user to join a conference without having to download an app or plugin.

Google has also incorporated machine-learning technology into Meet, integrating a bot that can find the ideal meeting time for participants based on their Google Calendar. According to VentureBeat, Google claims that developers will be able to add their own bot once the service becomes publicly available. 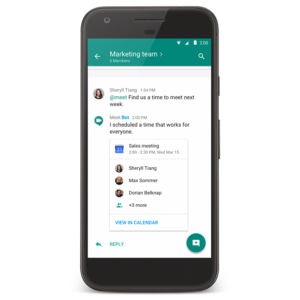 Hangouts Chat and Meet will both be part of Google's enterprise portfolio, G Suite, which means that unlike Hangouts, users would need a subscription to use these services as part of the enterprise bundle. Google will begin rolling out Meet to G Suite subscribers in the next few weeks, while Chat is available to try through an early adopter program. 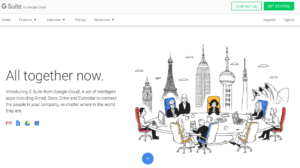 Google Sends a Message to the Enterprise

With the Hangouts revamp, Google takes another step towards becoming a one-stop enterprise tech provider. Not only does it offer developer tools and productivity apps, it also sells cloud computing infrastructure. Although it isn't likely for Google to completely abandon its focus on consumer tech, the fact that the company is taking one of its consumer apps and repackaging it into a business-oriented service says a lot about its desire to evolve as leading provider of enterprise software.

While the overhaul may turn off those who use the original Hangouts for personal purposes like talking to family and friends, it does draw a clear line to separate Hangouts from Google's Duo and Allo, which are more consumer-oriented communication services. Duo is for video calls, while Allo is for messaging, but while the consumer version of Hangouts still exists, it is unclear if and when users will be willing to migrate their communications to the two apps.

What is the Google Speed Update?

The Breakdown: Collaboration and Technology in the Enterprise

The Breakdown | Enterprise IT | Videos