Why Every Government Agency Should Update to Drupal 9

Drupal is ­­­content management software that transforms the websites and applications we use every day. Developers use Drupal software to make digital connections around the world possible. From helping farmers feed America to supporting the distribution of medical research, MetroStar’s Drupal Developers make data, resources, and critical tools accessible to the public.

Drupal is vital to many website modernization projects, and because of its rise in popularity, hundreds of government websites have had to become Drupal-friendly sites. There are no immediate feature changes from Drupal 8 to Drupal 9; however, updates 9.1 and onward will include new features every six months. Without a huge difference in the initial software upgrade, why is it so important to upgrade your software as soon as possible? It boils down to three things: Security, Maintenance, and Money. 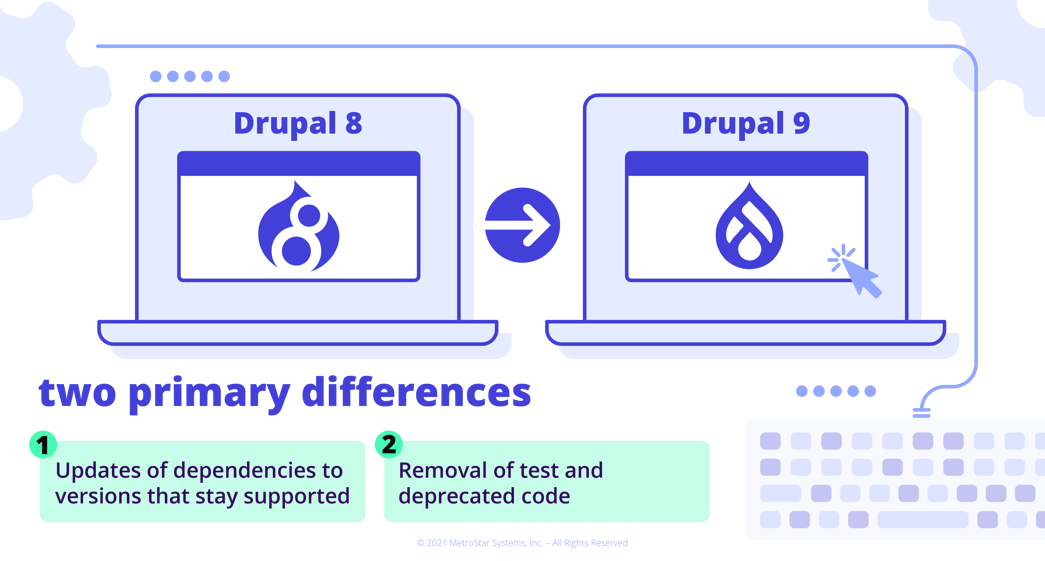 While many developers are using Drupal 8 now, some agencies are operating on Drupal 7 or without the software altogether. Drupal 7 is reaching its end-of-life (EOL) meaning there will be no additional software updates and limited technical support.

On top of Drupal 7 reaching this point, Drupal 8 is getting closer to its EOL every month with Drupal 10 upgrades on the horizon for June 2022. The lack of maintenance and support that comes with the EOL of software means an agency is open to cyber-attacks, malware, and loss of money. Updating to Drupal 9, as soon as possible, will help ensure the security of applications and make future updates less of a time constraint for agencies.

Why Drupal & Why Upgrade

Drupal is the first open-source community platform that has been implemented at such a large scale. The software’s success can be attributed to multiple things. One major component is that the software is free to download and learn, which makes it a more accessible software platform than most.

Drupal also has an entire community of experts behind it, which ensures it is one of the most secure and well-thought software platforms on the market. The maintenance is built on PHP (a well-known developer language) meaning it is cheaper to maintain, fix mistakes, and it scales very well.

When creating applications for the government, the scalability of a platform is a vital component for its overall success. There is an abundance of critical information that needs to reach Americans at the right time, in the right place, and in the right format. Drupal can handle this massive amount of data with ease. Out of the box, Drupal is a true content management system that can scale to the needs of any large federal agency or organization.

Since the introduction of Drupal 8, core Drupal modules (a collection of files that extend Drupal’s functionality) provide the tools needed to create a wide range of digital content by using fields, content types, views, and other components. Not only do developers have the right tools to build the content, but they also have the ability to deliver it to the viewer (or user) in various ways and formats. At the heart of Drupal, is its ability to help agencies share information with massive amounts of people in the best way possible.

The Security & Cost-Effectiveness of Drupal

It's better to tackle the upgrade sooner rather than later. It takes time to update your website, applications, and the software that hosts it.  Making a huge software jump too quickly can open an agency up to combability issues— a major security concern. Although with the right team, the process for updating and modernizing a website is time-efficient and highly cost-effective in the long run.

According to Drupal, “it's the easiest upgrade in more than a decade of Drupal's history, and is easier to use than ever before.” With the right developers and the best team by your side, an agency's mission can move forward without the burden of dated applications and websites. This graphic features information from "Upgrading a Drupal 8 Site to Drupal 9."  by Drupal

Preparing your organization to migrate or upgrade to Drupal 9 is vital to the modernization of your digital resources.  Over 150+ countries use Drupal for their government and intergovernmental agencies.  Reach citizens in the best way possible by learning how to transition to Drupal today.

Reach out to MetroStar and our experts for more.

About Our Drupal Expert

Jason is a Drupal Developer at MetroStar. When Jason first started in Drupal development (at the tail end of Drupal 5), the software was just beginning to gain popularity, but the software is now vital to many website modernization projects. With Drupal, and through his modernization efforts, Jason and his team help agencies provide the best digital resources for the nation. 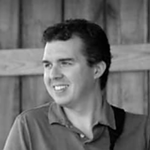 Starter Guide: What is Zero Trust Architecture and Where Do You Start?